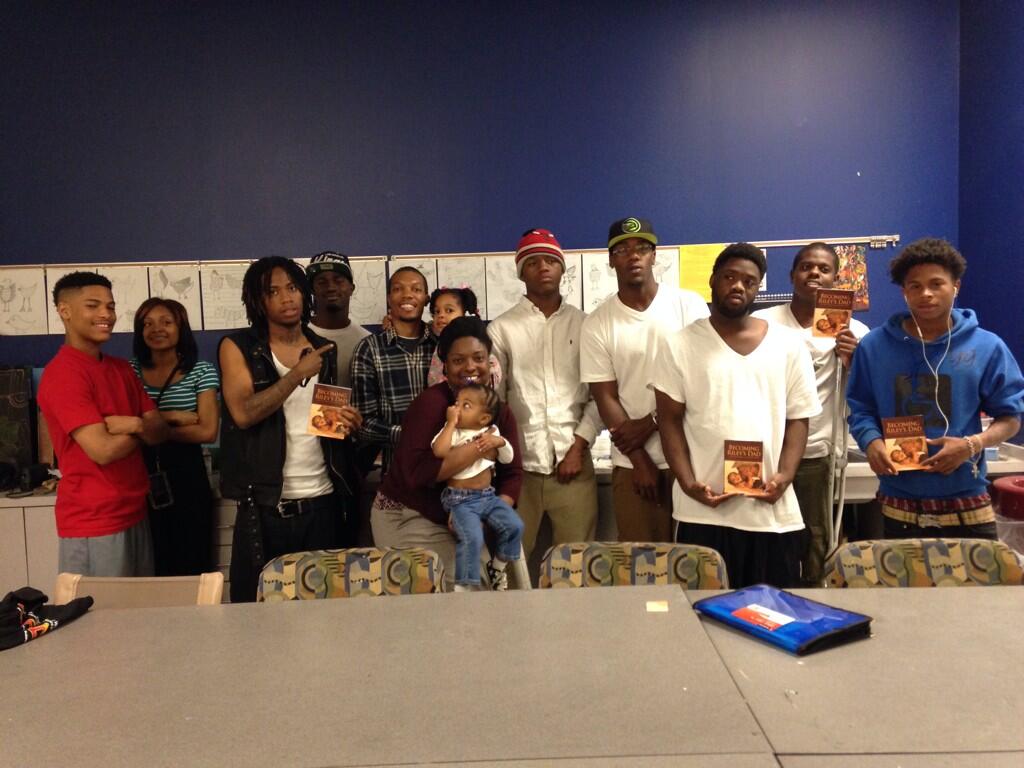 The people in this picture are why I do what I do.  The first time I walked into the room several weeks ago to start working with this group of dads, what I noticed was how truly young they look.  Too young for anyone to give up on them yet.   There’s still so much life ahead of them!  It just makes me thankful for the mentors, father figures, and even the foundation my own father set for me before his departure.  I know as parents, particularly as fathers, it’s hard to tell our long term impact on our kids.  But I’m convinced that what we do matters.  Everyday we’re tending to a torch that our kids will carry for the rest of their lives.  We need more men in this fight though.

I’m not sure who has benefited more from my time spent with the Fulton Teen Dads program, them or me.  Either way, I know that what I’m hoping to do is light new torches for these young men, that they carry the rest of their lives as fathers.  Every evening I spend with them, imparting what I know from my own life experiences as a father, black man, educator, whatever, is a valuable moment spent sparking something that’s already in them.  You can see it in their eyes, the way they pay attention when I demonstrate a new strategy.  You can tell it in their enthusiasm, when they attempt to practice with either their child or one of mine. You can hear it in their voices when they talk about their past.  And after last night, I can read it with their words as they wrote a letter to themselves about the type of father they hope to become six months from now.  They’re hungry, or else they wouldn’t be here.  Each of them could have easily given up on themselves, because if you listen to their stories it seems like much of society has already given up on them.  But they already have fires lit, they each want to be a better dad than the one they had.